DO NOT FEAR DEATH 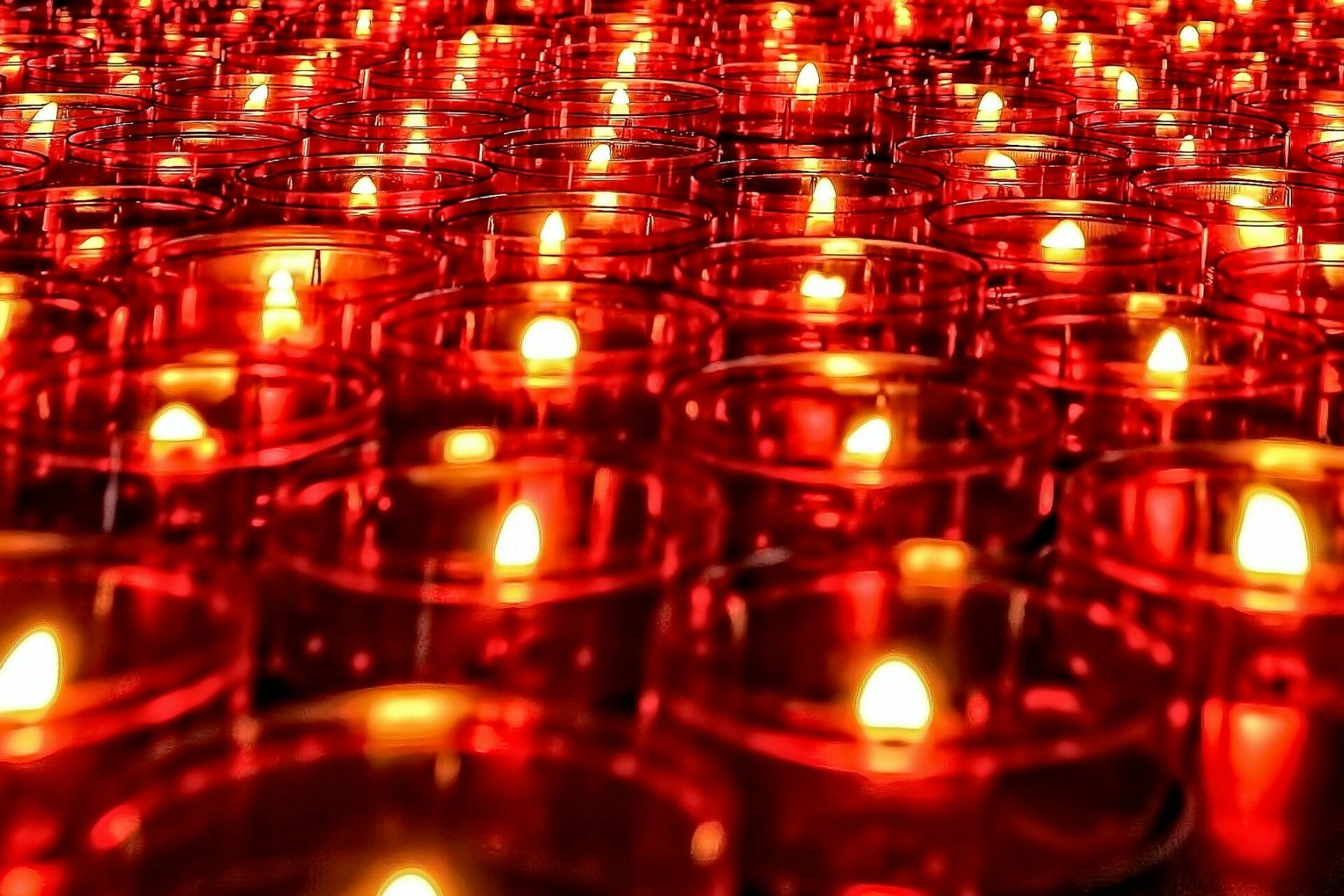 When it comes to birth, the soul enters the mother’s womb at the time of conception. When a soul finds the proper genetic combination, it is carried through the sperms.

The totally of mind is as vast as the universe. I have said that out of these 12 billion cells, the conscious mind is only using one-millionth part of 12 billion cells. How big is it? The thoughts that pass through your mind, how much space does it require? None. It requires no space at all.

WHATEVER WE FEAR, WE WILL FIND

There are no other planes of existences. You enter a phase of spacelessness and timelessness, and whatever we fear, that is what you are sure to find, because fear has a stronger quality to it than any of the other emotions. Fear of the unknown is the basis of all other fears. Man fears death because he has died many times before in unconsciousness. Man fears death because of his total attachment to worldly things. One should be non-attached. That does not mean that you should not live well or possess something that you need – it does not mean that but you are not to be attached.

After death, what direction do we take? There is no direction because in the other plane of existence, there are no directions. The only direction you could think of is coming back to the three-dimensional world that we know. It is not necessary to come back to this planet. There are thousands of worlds very similar to ours, and if you have to be reborn, you might be reborn on another planet which would be conducive to your evolution.

This other story of going on the other side and your aunties and uncles come to meet you, what truth is in there. None! You create them through your thought that you will meet Auntie Mathilda there and Uncle John. You would see or meet them because of your deep desire and attachment to meet them. Even that Auntie Mathilda might be reborn again, and yet by your thought force you will create her there and meet her there.

THE LAWS OF NATURE HAVE EXISTED ALL THE TIME

The mind manufactures everything, and therefore we say the entirety of creation is a superimposition upon the creator. All this manifestation is a superimposition upon the Manifestor. There is no God that creates, as I have said before. Creation is an ongoing, ever-expanding process all the time. It functions by itself with the laws that creation has formulated by itself. Like water runs down a hill and not up a hill. Who created that? It is something that is. It is something that has to happen, that water runs downhill. You throw a stone, and the stone comes down. Instead of flying up, it is pulled or pushed down by the laws of gravity. These various laws that we talk of today have been existing all the time without man even knowing it. There has always been a law of gravity even before Newton discovered it because the apple had to fall, and the apple has been falling for millions and millions and millions of years, while Newton just existed a few hundred years ago.

Similarly, other laws within nature are operating. There are subtler laws, and when the mind becomes more and more refined through our spiritual practices, we understand those subtler laws to the extent that we can die consciously. We can be aware of bliss. People always say that such and such had a terrible death or suffered so much. That is not true. Because before death sets in, you become unconscious, and then in the other plane of existence, you become conscious again. There the mind functions on its own without being embodied, and that is why in the dream state your mind is functioning. Your subconscious mind is forever turning, churning, and learning. Then why not more so in a subtler plane.

DO NOT FEAR DEATH

At the moment of death, your entire life right from the time you were born flashes before your eyes—every detail in a moment. You might be 70, 80 years old, but those 80 years pass in complete detail in a moment in front of your eyes, and that goes to prove that you are entering a plane where time does not exist.

We need not fear death or have nervous breakdowns about that fear. Like as the story goes, there are two things you can do about a nervous breakdown. You can go to the country for a long holiday or rest or find a job on Wall Street where you will not be noticed.

We have such a recession here in America but some companies are still doing well. Those companies are like tea bags. They only realise what is happening when they are put in hot water.

The thing which people fear the most, that which we call death is something that is not to be feared at all. For in reality, there is no death – for the Spirit within man is eternal and immortal.

What happens to the ego? As long as the ego is dense, it will take on rebirth, but when it has become transparent and refined, it dissolves and is attracted by people of a like nature in the other plane of existence. Then there is nothing left of you. The physical body is gone, the ego or subtle body is gone, and you reach home to the primal Spirit you are.

The body, the mind, the ego-self changes. Everything changes, changes, changes – because of that law of change, death is necessary. Yet within ourselves, we have the unchanging factor of the Spirit.

It is like the poem “If.” The whole world is going haywire, and you can standstill. The world will always go haywire, but you will not be affected by it in your stillness, the stillness that you find within yourself. When there is no effect, then there is no attachment. All this is such a vicious circle. The slightest bit of negativity will draw to yourself more negativities, and the slightest bit of the opposite, positivity, will attract more positivity. As the old saying goes, the poor become poorer, and the rich become richer. This happens to our mental self as well. If we are of poor mind, then that mind becomes poorer and poorer. A poor mind means a negative mind.

THE ONLY THING TO FEAR IS FEAR ITSELF

If you have a positive mind, a positive attitude strengthened by the Spiritual Self within you, you will always find that you will attract friends, people, environment, positive circumstances. The same applies not only when you have this body but also when you do not have this body. The world is in such a chaotic mess today, and you will find that meditators always give birth to children of a far better category. If the next generation is better, then the generation after that too will become better.

You see our responsibility in this world, to ourselves and our children.

The only thing to fear is fear. There are two kinds of people that do not fear. One is totally irresponsible, and the other is the person who is totally responsible to himself, and those two are the people who can say, “So what if I die. Then I have realised within myself that I am immortal. I will shed this body and take on another body.” Can you imagine yourself to be 500 years old, and every organ of your body is worn and diseased? So instead of being diseased, decease at a reasonable age.