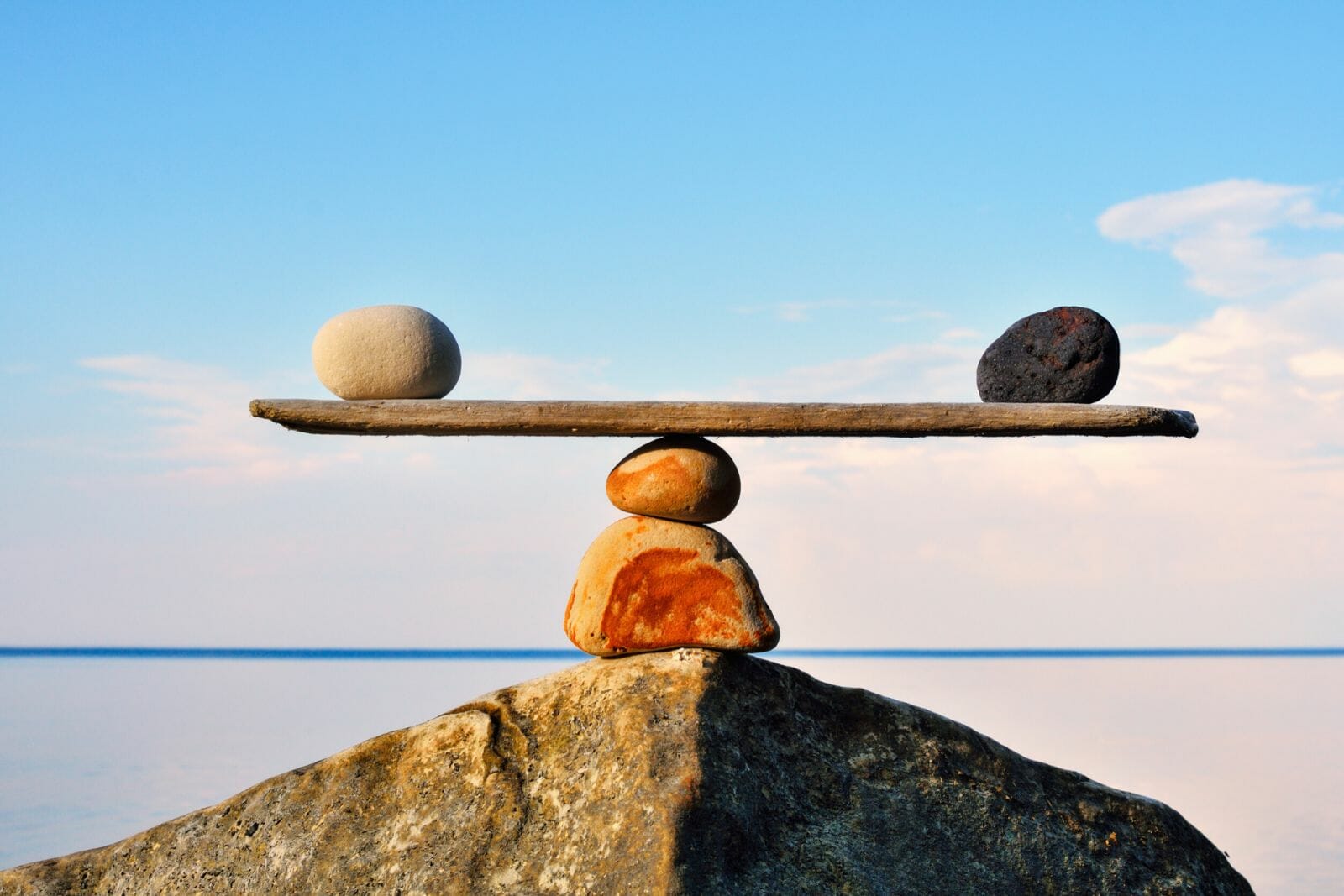 THE LAW OF OPPOSITES OPERATING

If we study the history of the world, we have found that there has always been pestilence, wars, turmoil, strife, turbulence, killings, millions of people have died in the name of religion. We know the history of the Crusaders and all that. That will never change in this world. We are in a process of evolution. What we are seeing is just a very small segment of this vast continuum.

Evolution is always progressive, you would find that in this little segment which we call this Earth, you would find souls evolving to a higher plane and leaving this dimension, and you would find souls from a lower plane entering this dimension. This world requires wars, and it requires peace. This has been so for thousands and thousands of years, and the main reason for it being so is that without conflict, this world cannot go on. Without conflict of opposing forces, the entire universe cannot function. It will become static, and it is this very conflict that causes evolution.

Wherever there is a more significant push, there will be a greater resistance. The universe being constituted of that, it is a necessary must. Yet behind all these forces, you have your economic problem, and all these wars are caused mainly by economics. If we take economics to the basis of all these wars, by that, we could judge very well the present state of man’s evolution. It means if he is economically oriented, then that would imply greed. Many of the wars are created to provide employment.

‘On the one hand, we are trying to make people live by giving them food, and on the other hand to provide them with food we are killing people. What a contradiction. Look at the law of opposites operating again.

This has happened before, all the time, and will always happen. This world will never have total peace on a collective basis. But there could be peace on the individual basis, and as you would know, the society is composed of units. Units compose the society, and it is by the units finding peace that there could come a greater balance, not a total balance, but a greater balance, in this world of ours.

This inner peace can be gained through meditation and spiritual practices.

This inner peace is the creation of this harmony within us. We are composed of the physical body, the mental body, and the spiritual body. When these three bodies are not in alignment, they are at dis-ease. They are in disharmony. The purpose of spiritual practices is to create a balance between these three aspects of oneself, and that is called integration. An integrated man is a peaceful man. An integrated man is a self-realized man. So, it starts with the individual.

THERE WILL ALWAYS BE MOTION

Yet the gunas that we have spoken about many times, Tamas, Rajas, and Sattva, has to function. They are the balancing, motivating, and motion-producing factors in this universe. Tamas is inertia, and Sattva is that stillness. In between is Rajas, the activating element, that is forever trying to infuse the two, trying to infuse Tamas with Sattva all the time. Rajas create this motion and are forever there trying to bring this infusion. In the process of this infusion, the conflicts are there unending, for as soon as you destroy these three elements that constitute this universe, you would automatically destroy the universe; for the universe is composed of these elements. So, motion is there all the time.

If the world is at war, remember that you are at war, and as we said, units form society, and when you are at war, naturally it will reflect itself in the environment. The nature of the flower is to grow beautiful, but that is not the only thing it does; it also enhances the beauty of the garden. Likewise, if you are fragmented, the atmosphere created around you will also be of fragmentation and not of that unity.

There will never be an end to wars on a global level, but that war can be stopped within you. The conflicts, the various gunas, could be brought into a state of equilibrium, and when you are at peace, you will find that your environment will also be at peace.

THE INNER CONFLICT IN MAN CAN STOP

So, there is no answer to the problem of wars. The only answer could be given on the individual basis where the inner war, the inner conflict in man, can stop! The wars are necessary to the politicians that rule the world. We think that we live in a democratic society. We really do not. We will vote for someone that makes all the promises. But show me any politician, that has ever kept all his promises.

There were these three chaps: a surgeon and an architect and a politician, and they were discussing the creation of this world. The surgeon says that if Eve was made out of Adam’s rib, it was a surgical matter. So, creation is a surgical matter. Then the architect says, “No, the architect was more important because he had to plan a system amidst the chaos.” So, the politician says, “But who created the chaos in the first hand?”

These things will always go on and on and on. And what philosophy can you apply to it because philosophies themselves are in conflict. That conflict can only be resolved by one’s inner Self through spiritual practices where man finds peace that goes far beyond any understanding.

You take five people, and you give them five marbles each, and they play and, in the end, you will find that one will be sitting with all the marbles and the others will have none. That is how our society is structured. If there was an equal distribution in economics, it will still not change matters because we have seen in communist countries that their problems are even more severe. That kind of equality they preach is just theoretical and not practical at all. More and more and more, and day by day, it takes away personal freedom rather than giving that freedom, giving that scope. In the West, having that freedom, given that scope, we are so materially orientated that we create that poverty. We have to pay out dole. You create the poverty, and you are paying for the people that you have made poor by paying taxes. You see the vicious circle happening? On the one hand, you make them poor, and then, on the other hand, you dole out to keep them alive.

Amassing does not bring happiness because it is a search for inner peace through exterior means. You buy a brand-new Cadillac tomorrow. You have been hankering after it; you buy it, and I promise you within three weeks it will just become another part of your furniture. The enjoyment is gone. If you make a million pounds, a little while later you will not be satisfied: you want two, then you want four. You have a five-room house; then you want a ten-room house because the idea of fulfilment and satisfaction is of the mind only and the mind is made up of the gunas we spoke about that are forever in conflict.

THE GURU SHINES LIGHT UPON THE PATH

So, what do we do? Through spiritual practices, we dive deep within, “Seek ye first the Kingdom of Heaven within and all else shall be added unto thee.” You have to do it for yourself. No one else can do it for you. The guru does not shine light upon you, as I have said many times. He shines light upon the path and not on you. You must walk. You have to do it by yourself.

Do not seek world peace. That is a fool’s dream. It is an ideology. It is a theory, not even a theory, not even a hypothesis; it is a dream to find world peace. Even when great men like Krishna, Buddha and Christ lived, even at that time there was strife and turmoil, murder and bloodshed; and yet the greatest man that might have ever lived died by bleeding on the cross.

EVERY MAN HAS PEACE WITHIN HIMSELF

So, without thinking of world peace, let us think of the peace that we can find within ourselves, and the solution is simple, for every man has peace within him, has Divinity within him; and to find it is not a discovery. How can you discover something that is already there? You can only unfold it, and in the unfoldment of that Divinity, your awareness expands.

This little brain weighing 3-1/2 pounds containing 12 billion cells and we are only using one-millionth of it — one-millionth part of it — the rest is lying dormant. With spiritual practices, you awaken all those dormant cells so that the Universal Mind can pour through it, and that is how you can be aware of the entire universe. And when you become aware and see that this is happening all the time and everywhere, you stop thinking in the terms of world peace. You start thinking in the terms of inner peace, for at this very moment there are thousands of stars, millions of them being destroyed, exploding, and thousands and millions, billions are being recreated all the time.

The second law is this, that creation, preservation lasting a little while, and dissolution. All the wars and strife is based upon this. Even in our bodies, billions of cells are being destroyed and reborn, and yet we are not aware of it.

This one beggar went to knock on a door, and the lady of the house came to the door, and she rebuked him. She said, “A strong man like you, why are you unemployed, why don’t you go and do some work? Why do you have to come and beg?” So, this beggar replies, “Madam, this is the only profession where I do not need a formal introduction to a beautiful lady like you.”