HAVING AN OPEN MIND 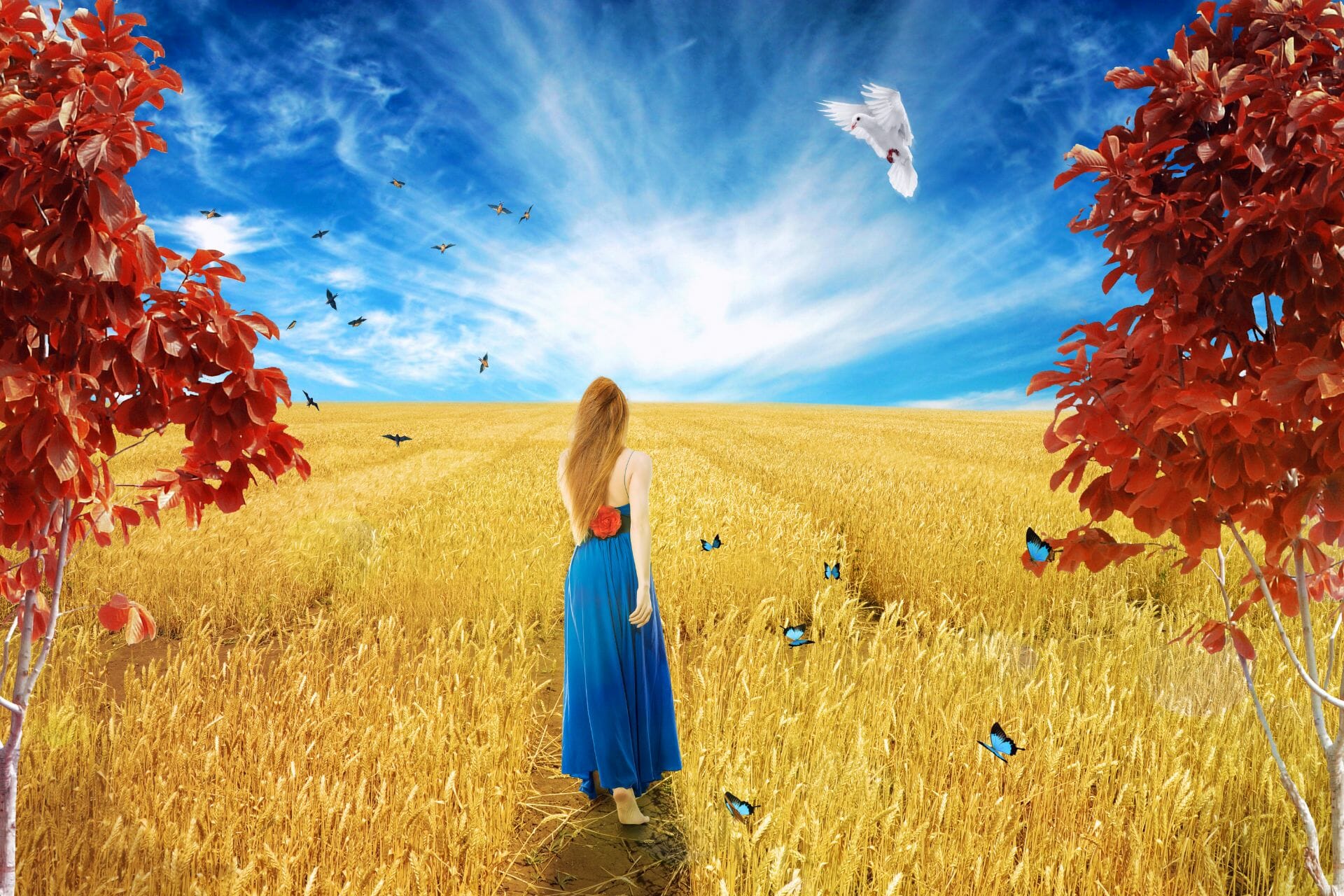 In our teachings, there is no such thing as Eastern or Western. Our teachings are based upon universal truths, as you would know.

The seeking mind is always a groping mind, and it is one of the essential qualities of the seeking mind to grope. When we seek for light, then we do realise that we are in some measure of darkness, because if we were not in darkness, we would not be seeking for light. What happens in darkness is that a whole process of groping takes place.

In this groping, we study and try to practice various forms of religious concepts. There is nothing wrong with that. All these various concepts might not reflect the entire truth for us.

The blind people were groping, and they were fortunate that a person that could see came along, and he told them that, “all of you know truth in part. The truth that you say, in truth, is not the complete truth, but it is a partial truth.” He took them around the entire elephant and made them touch the trunk and the ears and the legs and the tail and all, and says that “When you can comprehend when you can open your eyes when you can see the light, you will see the entire elephant. Then you will know the entire truth.”

In that way, religions have emphasised certain aspects of truth. Therefore, no one should claim that every religion is complete. Religions within themselves are complete, but our conception of the religions that we follow may not be complete, because our conceptions, our minds are narrow.

Like this, we progress on, discovering, finding, analysing, all various philosophical concepts. In this probe, in this groping, some little glimmer of light occurs, because no searching is ever in vainm- something is always gained.

From that stage of groping around the dark room, there might just be a little slit in the door where some light is filtering through. When man finds that little light, he is more attracted to that particular system which some have called lineage.

When man progresses and develops, he also develops this ability to take out the cream of all the religions he has studied. When he follows a particular path that he might find to suit his temperament, finding more cream in that path and less water, and that is why he is inclined to follow that particular lineage of thought. But that is not the end.

That is not the end, because the search had started on the mind level; else he would not have examined all religions or studied comparative religion. There could be certain truths in all these religions which man can combine within himself and create his way of life. This brings us back to what I have been saying all the time, that if there are four thousand million people in this world, there should be four thousand million religions.

PROCEEDING ON THE PATH

Now we are at the second stage where a particular philosophy or a certain way of life appeals to us most. By assiduously practising that form of belief or religion or philosophy, we are going through an expansion. There is an expansion taking place within us, because now we have found the way which is most conducive to our temperament, and man must always start from where he is.

What could be most conducive to one person might not be equally conducive to another person, because they are not both standing on the same spot. If we want to reach from here to San Francisco, some might be nearer San Francisco, and some might be further away. Those that are nearer the goal would naturally appreciate subtler concepts, with greater depth. And those that are further away would appreciate concepts which could be grosser or more mundane. That is the way one proceeds on the path of religion and faith or philosophy.

FOLLOWING THE PATH THAT IS CONDUCIVE TO YOU

Once having adopted to one’s mind that a particular path is right for me, he follows that path assiduously. There is one drawback that one always has to remember, that the path that seems very conducive to me today might not be so conducive tomorrow because I am evolving. As I evolve more and more, my perceptions would become subtler, and my awareness would increase.

With the increase, or developing greater awareness, that which I am following today might have its value. It is not to be discarded, because that for me has been a stepping stone, and if I did not have that stepping stone, I would not have progressed further on the steps. That might have been the first rung of the ladder, but there are many more rungs I have to climb.

In that way, nothing is ever to be discarded, for every teaching contains an element of truth. It is by combining all these various elements of reality that we come to realise the wholeness of truth. After studying different religions, we have now embarked upon a specific path that seems conducive to us.

The warning, to put it in another way, is not to become dogmatic about it. Because dogmatism leads to fanaticism, and fanaticism leads to all kinds of religious oppositions and religious strife. That strife which is created by fanaticism must necessarily rebound back on us. So, although we are following a certain path in life, although we adhere to a particular philosophy, we must always view everything else with an open mind.

HAVING AN OPEN MIND

I have known of a family where the husband is a Protestant, and the wife is a Catholic. On the Sunday mornings when they go to church, the husband would drop the wife at the Catholic church, and he would proceed on to the Protestant church. When the services are over, he picks her up again, and they live very, very happily. So, what has happened is that the husband and wife are both tolerant of each other’s beliefs because they realise that each one must find his path. This conception embraces tolerance, tolerance breeds understanding, understanding breeds love.

When all these qualities are combined within us, then we are sure to undergo a more significant expansion and greater awareness. And when we develop greater awareness, then the current path we are following would lead us to a universal path, and in that universality, we find everything to be true.

MAN HAS TO ADHERE TO SOMETHING

Here we start from the narrow path, from the narrow end of the cone, and proceed to the wide end, where every religion, every philosophy, every human being, every creature, every form of existence, animate or inanimate, is within our embrace, and we feel one with the universe. The universe, in turn, feels one with us. That is the end and aim, the goal of life; and that is total self-integration, that is God-realization in becoming at oneness with the one. All duality ceases there and then.

Man has to adhere to something. Man’s mind automatically sticks onto that which it would like most. You sit down to a table that is spread with a hundred goodies, and you will go for that which attracts you the most. It is part of the process. Once one goes to that which attracts us most, we will, sooner than we think, perhaps, even go beyond that preference, where everything becomes our preference.