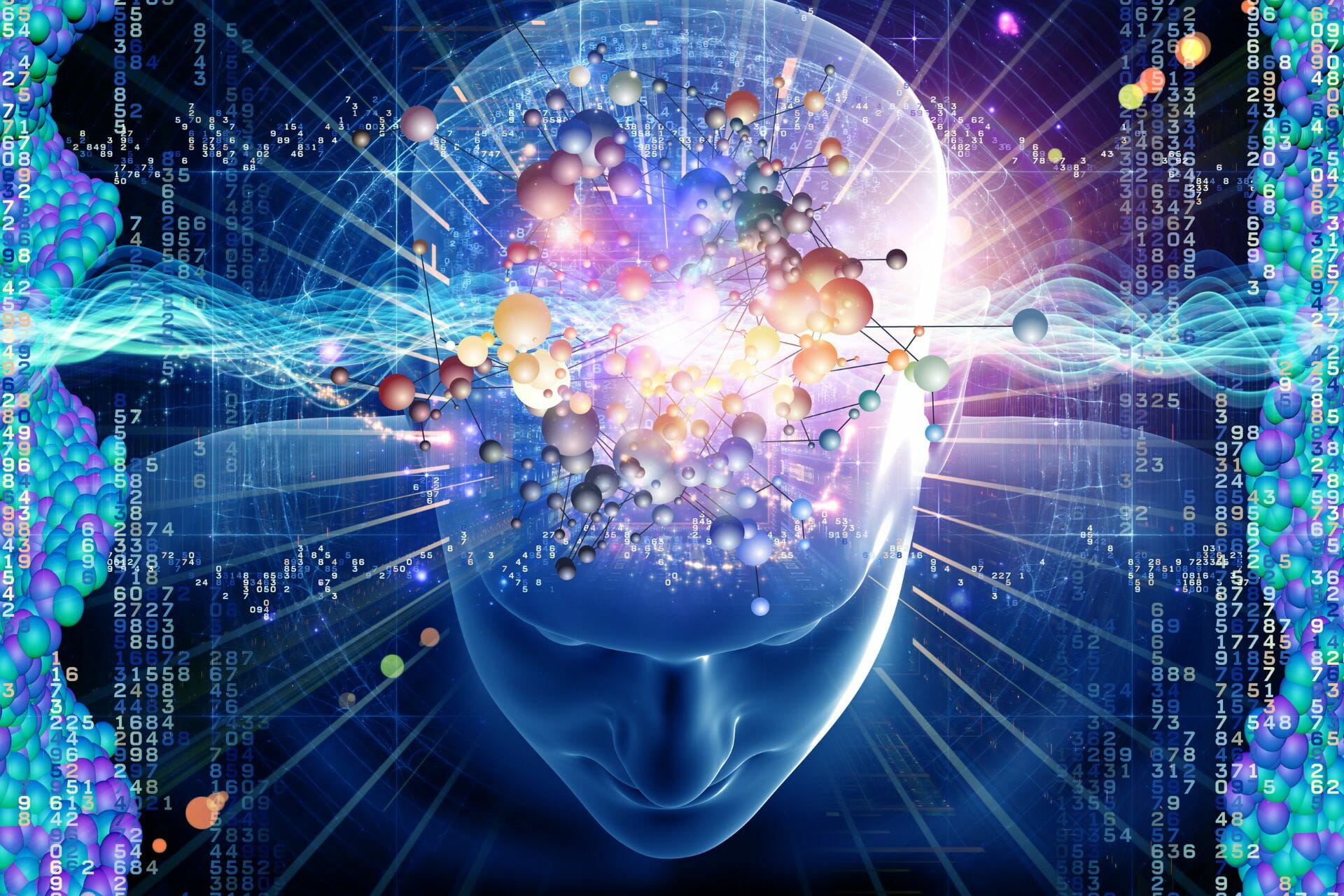 Through self-analysis, they start diving deep within their minds, not their Spirit; they start diving deep within their minds and stir up all the contained dirt. Stirring up the dirt in the mind serves a useful purpose, but all techniques that are based on the mind only, I would not recommend. Because, with the stirring up of the dirt in the clothing thrown in a washing machine, there has to be a solvent; there has to be the soap powder that will absorb the dirt.

When you analyse something and come to an inevitable conclusion, and if you do nothing about it, those very thought processes become more deeply embedded in the mind, causing the samskaras, or the impressions, to become stronger. In that way, you are not helping the analysis.

You have to tackle all mental decisions, rationalisations and analysis through two ways: one is to draw forth the spiritual energies from within oneself, and that could be equated with Gurushakti or Grace. Coming back to your washing-machine in dissolving the negativities in the minds, it also needs a release, the soap has taken away all the dirt from the clothing, but still, the washing machine needs a pipe to let out the water. In our case, we do our spiritual practices that dissolve the dirt, and the second step would be to release the energies built up in us.

So, one way to tackle the problem is spiritual practices, and the other is putting into action the analysis or the results of the analysis that we have brought to the fore. Here, we are cleaning and dispensing, and that is how the mind gets clarified.

You must have heard of the word ghee. Ghee is clarified butter. There is a very easy way to make ghee. You take butter that you buy at the supermarket, put it in a pot and bring it to a boiling point; it has to boil, boil, boil, and, as it boils, all the substances in the butter that do not make it pure butter comes to the surface and you skim it off. Then, you have pure clarified ghee, pure butter, and that ghee can last for months without it being refrigerated, while butter you can never leave outside the fridge for longer than a few days.

That is the process of cleansing the mind. The boiling process in the mind is very important. Sometimes people go through so many emotional turmoils, indecisions, and they think it is bad. They can make it bad if it is bad. They can make it worse if they want to, but in reality, it is something very good; the emotional turmoil you go through is something very good, because if you shut up those emotions, repress them, inhibit them, then you are soon on the way to the lunatic asylum.

So, let the emotions come, let them tumble around, let them do what they want to, but having the strength of awakening the spirituality within, we can stand apart from the emotions, we can objectify those emotions so that it does not affect us as it is affecting a person today.

When a person allows emotions to affect them, be they good or bad, they also manifest themselves through the physical body. It could take various forms of organic diseases or psychosomatic diseases. For everything in life, from the minutest atom to the man and even up to the stage of godman, the living God, everything is forever trying to express. This expression means expansion as the entire universe is forever expanding within itself. The universe is going through the same process that you are going through, for you are a universe in miniature.

As the saying goes, if you understand the workings of a grain of sand, you will understand the entire universe. The secret here is this; as the mind becomes more and more clarified by spiritual practices and right thinking and right action, then whatever emotions a person goes through, be it pain or pleasure, because man, being in an embodied state and having a mind, is ruled by the law of opposites. You are bound; that is the bondage that man goes through.

Lately, scientists have discovered that in this polarity, and this was said by ancient Vedic sages thousands and thousands of years ago. Still, now scientists have also proven this, that you touch one end or create any disturbance good or bad, on one end of the stick, the other end of the stick will feel its effect and respond accordingly. Here is a process whereby positiveness on the one side will lead to positiveness on the other side, the other end of polarity.

The mind cannot expel negative thoughts. If you take a jug of dirty water, you do not need to throw out the water but put that jug of water under a running tap, and as the clean water goes into that jug, gradually all the dirty water will be out, and you will end up with a jug full of clean water.

The mind works similarly. As we pour and allow the mind to be permeated by these powerful spiritual energies within us and drawn from deep down through our practices, we will find the dirty water in the jug transforming itself into clean water. We are not fighting with the dirty water, but we are pouring in clean water all the time.

People will often tell you that if a negative thought of hate comes into your mind, then turn your mind to thoughts of love. If a thought of ugliness comes into your mind forcefully, think of beauty. This is easier said than done. Try it. All of you have tried it, so I do not need to tell you. It is not something that you can switch on and off, and this is what psychologists and people like Norman Vincent Peale and all these guys forget to understand. I will challenge them on any public platform. They fail to understand this, that you cannot switch off. You simply cannot switch off a negative thought and get a positive thought. It is a gradual process of using the same negative thought, and with discrimination and the spiritual force you draw upon, convert the negative thought into positivity.

TURN THE MIND INTO POSITIVITY

There are many other methods to achieve a positive way of life. One of the methods is to have a true guru, for example, that could teach these things. That could teach of positivity, that teaches of love and hope and not the dooms-day preachers. They are not needed, for they are dooming themselves, but teachers who teach love and hope are good to listen to, for they give you something to think about. In the absence of a teacher, you cannot have every day with you; you revert to books of such a nature that will fill your minds with good thoughts. You are helping yourself in that way, and when the mind is filled with good thoughts, you feel that exhilaration, and there is no time for all that moping, and the emotional crisis one goes through.

I have often been in people’s homes, and they show me around, and I would see on the bedside table a detective story or a ghost story, all kinds of romantic idealism, things like that. Why not have a book there at your bedside like God Calling or something like that, something good, and before going to bed, if a few passages are read while you are asleep, they do work on the subconscious mind. Suppose you go to bed with good thoughts or a good image in your mind of someone whose teachings you follow perhaps as a symbol, things like that. These are all little helpful devices that can turn the mind into greater and greater positivity.

To repeat, you cannot switch off. It is impossible! If you have a toothache, it is straightforward to stop thinking about the toothache and get your mind busy into something else; it is effortless to say that. It just does not happen. Your thoughts always revert to the spot of pain unless you are as innocent as a child. A child has a toothache, and you get the child engrossed in some game that the child likes. The child will forget the toothache. But how many of us so-called grownup children have that ability? That would require primal innocence, and we have lost that innocence! We have lost that naiveness that we were born with. I tell you, you were better off when you were a child than what you are now.

THE SPIRITUAL PATH IS A PATH FOR HEROES

People think that the spiritual path is easy. No, it is not. As Vivekananda would say, it is the path of heroes where you have the determination to reach the goal. You do not have happiness in mind that I want to have wealth and health and happiness and all that. No, your mind dwells upon Divinity, and all these happiness come on their own. You do not need to seek it. For the more you seek for happiness, the further it runs away from you. I quoted a passage the other day from Nathaniel Hawthorne, I think it is, where he says that if you try to catch the butterfly, it will fly away from you; but, sit still, and it might alight on your shoulder. That is the secret of happiness: not to seek happiness, but to seek Divinity, and in its turn, happiness and ecstasy and joy dawns upon you, where you become established within the Self. As the Gita would say, first be established in Self and then perform. You all know that injunction.

Our meditation and spiritual practices are to find that stability within us to uncover, unfold the real I, the Divinity, the Heaven within that is there. Once that is reached, all else is added unto thee. People, especially on the spiritual path, has to aim at That. Capital T, Capital H, Capital A, Capital T. THAT!

This I am not pulling out of my hat. This is what all the sages have said over and over and over again. For that is the royal road. Show me one person that has chased after happiness and found it. Not a single person in this four-thousand million people we have on earth. None have found it. The only way to find that happiness, which is another word for positivity, is seeking in the other direction. When we try to seek happiness, we will sometimes find little pleasures, not happiness, and when we see these little pleasures, be sure to know that pain will follow. The opposite will always be existent in any situation. In every situation, be it of pleasure or pain. The opposite quality will always be contained therein, for this is the law of nature. This is the law of relative nature, and all nature is relative. So, the idea would be to go beyond that, and then real joy would be found – real joy would be found in that way.