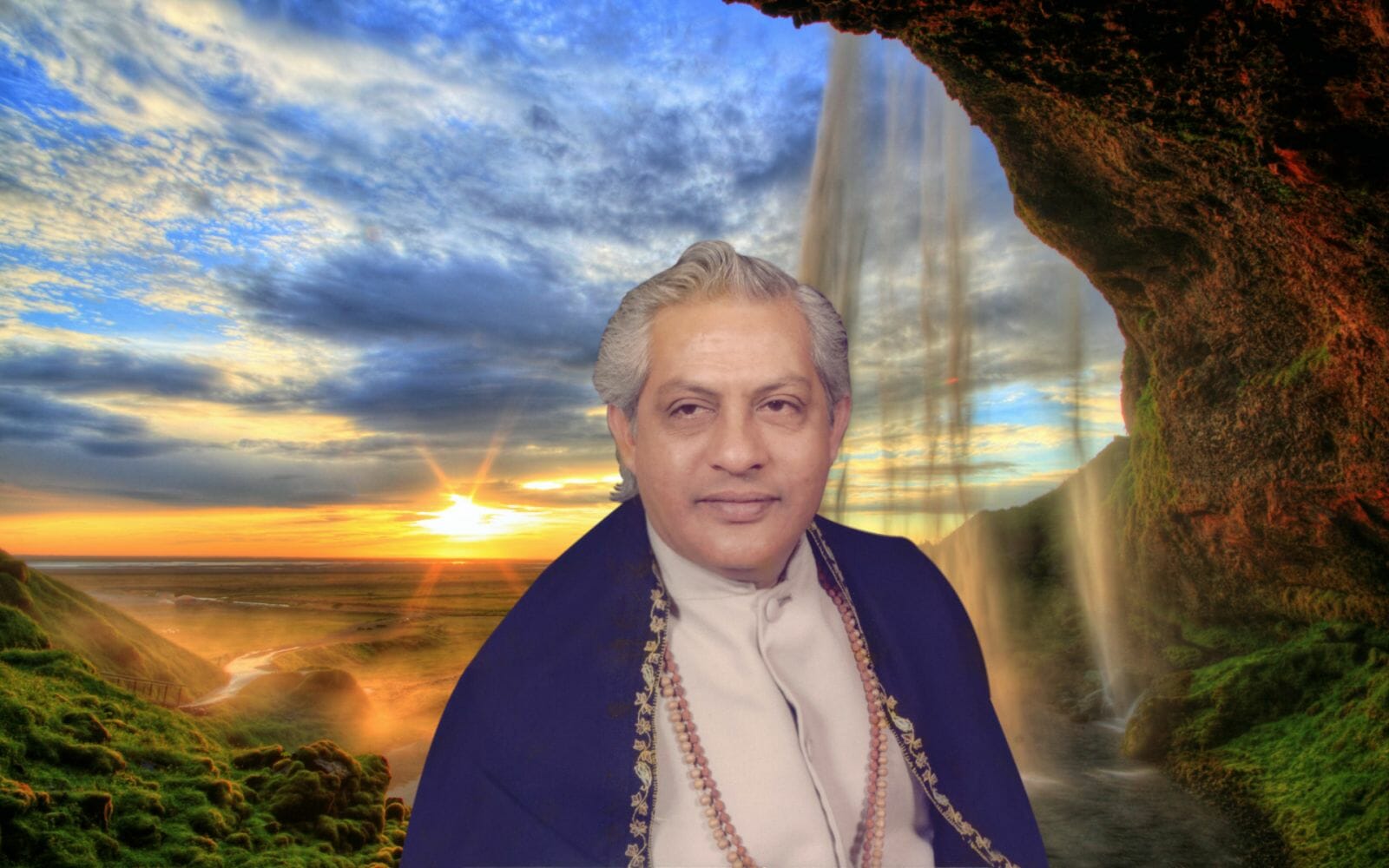 Water cannot run up a mountain – it has to flow down a mountain. There are certain laws of Nature that constitute this Universe, and the universe functions according to those laws of Nature. But when an imbalance occurs and, through unnatural means, you try to pump water up the hill rather than allow it to flow downward, then the Avatar manifests himself in human form. For who could touch the minds and hearts of humankind but another human – the Son of Man? This is the Avatar.

When the Incarnation comes to right the balance at various points in the universe, he is not ridding the universe of samskaras. Being of light or sattvic nature, he infuses, by his very presence and teachings, the sattvic, subtler, purer values of love into the darkness that exists.

A person says: “My religion says no one can be saved except through Jesus Christ.” I say, that is true. There is no salvation on earth except through Christ. But what do we mean by Christ? I do not talk of the man called Jesus. I talk of that which is called Christ – Christ Consciousness. To say that you can only reach Divinity through Christ is very true. It is a matter of terminology, for Buddha Consciousness, Christ Consciousness and Krishna Consciousness mean the same. Different words are used because of different cultures, but basically we are referring to pure consciousness, which has been embodied to teach the world.

Christ Consciousness means that consciousness to which humankind has to aspire. That is the true meaning of the words: “No man goes to the Father but through me.” It means to reach the stage of consciousness that Christ has reached, and then you become one with the Father.

All the karmic and dharmic values of this world form a certain demand. The magnetism radiated by this planet automatically draws someone who is inclined to help – it brings down to Earth that personage to help. This is what is meant by an avatar.