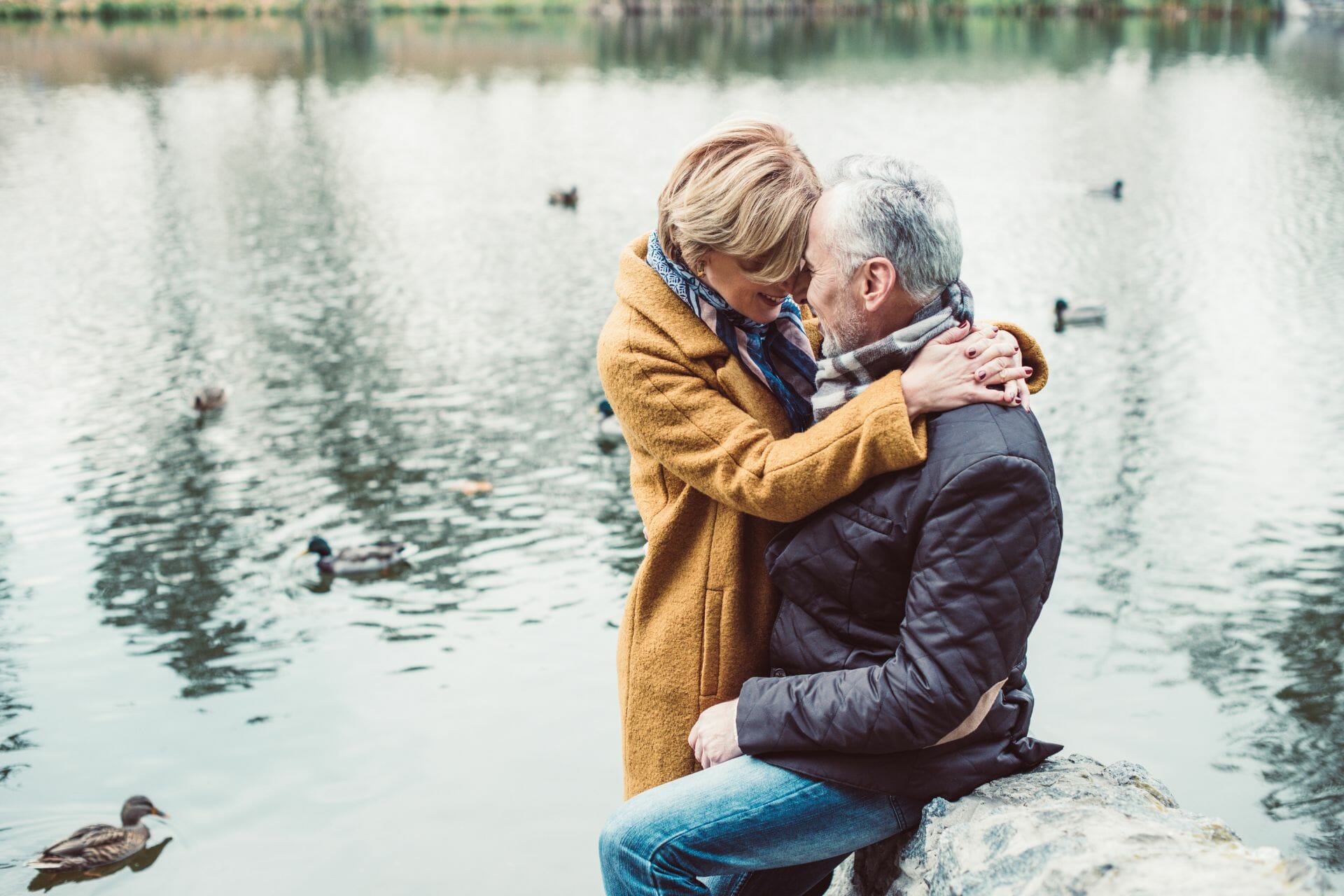 We have to remember that we are householders – we live a householder’s life – we have a family. Sexuality is only the outward expression of an inner welling up. I am not talking about lust, which is animalism. Every man contains within himself three things – the animal because he has passed through that stage in evolution. In his memory, there are still implanted the impressions of animal life. Man has within himself what man should really be, and thirdly, man has within himself the godman.

Within every human being, there are three things: animal, man, and God. It depends upon us to which we give greater emphasis. Lust comes about because the greater focus is given on the animal side, which lives mostly by instinct and bodily needs. The only thing that distinguishes man from animal is that man has thinking power. He has reached a stage higher in his evolution. Having the thinking power, having the power of discrimination, he has also developed the power to subdue or overcome the animal instincts and live as man that should not have animal instincts.

That very man stands in the middle between animal and God. Between animal and Divinity. Because of this power of thinking, he can lean either way because of this power of discrimination. He can be pulled to the animal side or to the God side. But that does not make him cease to remain as a man. Man can remain as man on this earth and yet live as a godman.

When man lives as a godman, then the very act of copulation can be sublimated into something very beautiful. I would never tell any householder to abstain from sex. If you are a householder, you are there to bring up your family, to procreate; it is the nature of man – that must not be stopped.

I had in South Africa a couple coming to me. Before they came to me, some swami had visited South Africa, and they went to the swami, went to his lectures, had a private interview, and was a monk; the swami naturally would think like a monk. He was an ascetic. He tells this couple that to find maximum spiritual growth, you have to become celibates, and by becoming celibate, you will find maximum spiritual growth, and you will reach God.

So, this couple took the word of the swami. Two weeks went by, three weeks, four weeks, two months went by, and a terrible amount of irritation and irritability started developing between them formerly loving each other. With the irritability, a lot of quarrels began. With the quarrels, the wife was nearly on the verge of a nervous breakdown. So, they heard about me, and they come to listen to some of my talks, and they made an appointment for a private interview. Then I started talking to them, and when you speak to a person you like to find out the causes of things, and so I asked them, “What have you been doing, and what has happened?”

So, they told me that swami so and so came, and he said that we must become celibates and we have become celibates. I was very wild. I said, “The two of you go to bed tonight in the same bedroom.”

A few weeks later, I saw them again, and they were back to their usual selves. The concept of celibacy is fine for an ascetic, for a yogi, who has reached a level where he can take the sexual energies and sublimate them into spiritual force. But that is not the dharma of a householder. When I say a householder must indulge in the relationship, I do not mean excesses. Of course, that is something else. But normal according to need. That is how a person lives a normal life.

When it comes to sexuality, in Victorian times or in olden times, the word could not even be spoken. It was a sin even to utter the word “sex.” But we have come a long way from that. We have come a long way from the inhibitions that were implanted in the minds of young children. But after coming a long way, we have gone to the other extreme, so instead of inhibitions, we have developed permissiveness, and anything when it comes to extremes is always wrong. We choose the middle road according to the station in our life. If we are householders, we do the things which householders do. If we are ascetics and living in Himalayan caves, we do the thing that should be done in the Himalayan caves.

Why do we get together? There is a force involved which is expressed in a physical act, but the physical act is not the force. There is an inner Force that wants them to merge into each other.

You-ness and I-ness must cease. There should be us-ness. This inner force wants he or she to become one with their partner that makes us indulge in the physical act. Although the physical act, too, has a specific power of its own, in actual copulation, which is not lust, it is the inner force of wanting to penetrate within the beloved’s soul where the two souls can join in union.

THERE HAS TO BE A TOTAL NATURAL FLOW

There is no differentiation at all; there is no duality. But being embodied and having a limited mind, we think that my wife and I are separate. Yet, within, there is a force that wants to bring us together. There is a mental togetherness. The mental togetherness arouses or demands a physical togetherness. All this is engendered because of the oneness of spirit between man and woman that also would like to see and express that oneness through the mind and the body. That is why man and woman copulate. That is apart from creating children. That is a different aspect of it.

The very sexual act can be sublimated into something so, so beautiful. It could be a meditation in itself.

I was telling some people in a talk that man and woman does not function in totality. Even in the sexual act, they are only using their minds and bodies. And to stimulate their bodies, they conjure up pictures in their minds for physical stimulation. That is not making love. The sexual act has to be a total natural flow, not because of a need but because of a pressure that is forever pulling the two together. The magnet does not need to draw the iron filings to itself. It is the nature of the magnetism created that pulls the magnet and the iron filings together. That should be the relationship between husband and wife.

THE REAL FLOWER OF LOVE

How does this take place? If man and woman can function as a totality, and by totality, we mean mind and body and the Spiritual Self of man and woman. When these three factors are combined in the sexual act, you are functioning as a total being, and when you function as a total being, you get lost in your beloved. You get lost in your beloved where even in the act, where even in love making the body is forgotten, the mind is forgotten, and some divine force takes over, and you melt away.

Having stimulated the mind and the body, it would express itself in an orgasm. It cannot carry on and on, but when this totality is found, this merging away in love becomes so profound, becomes so, so profound that the initial sexual stimulation is even lost. And what would exist in the close embrace of man and woman would be that luminosity of love. The real flower of love, now fully bloomed, and the mind and the body just helped it to bloom. It could be something very, very beautiful.

THE SPIRITUAL PATH HAS TO BE APPROACHED INDIVIDUALLY

Today people are so removed from Divinity, and we see it every day, where churches become emptier and emptier and night clubs and what have you become fuller and fuller. People have moved away from the Divinity within themselves, which is why there is such great necessity for spiritual movements today to bring about this regeneration. Because one is ignorant of the spiritual quality in man, there is still this force. Because this force is not recognised and walls are built around this force, people express themselves in absolute grossness, which is the underlying factor of the permissiveness we see around us today. But it can be righted, very, very beautifully.

There is no stopping. But on the spiritual path, one has to approach it individually. There is no such thing as an age of enlightenment for the entire world. Go back into ancient history. Rama lived 9000 years ago, and the world today is none better than what it was then. He was a great spiritual master – Buddha was a great spiritual master and also Krishna and Christ. They, too, worked hard and brought this divine message of love to the world. Yet, the people who lived in those times are the same as people living in these times. But one thing could happen, and that is why in our movement, we insist upon the personal touch in our foundation. Reformers have come and gone, and this world remains unreformed. We see it all around us. Technological progress does not mean evolution; the unfoldment of the Heart, that is, evolution. That is evolution. Therefore, in our foundation, the emphasis is on the individual because it is the units that compose the whole.

INDIVIDUALLY EVERY PERSON HAS THE POTENTIALITY TO REACH DIVINITY

Individually every person has the potentiality to reach that greatness, to reach Divinity. In practice and in theory, we try to teach how every individual can reach that state of Bliss. Its effect would be felt in the environment to a certain extent, but the dream, or the teaching, that this whole world is reaching a stage of enlightenment is not true. It was not done by Christ, and neither by Buddha nor by Krishna.

I want to tell you of a great man who lived at the turn of the century, Sri Ramakrishna. He said, “If I could lead only one person to self-realisation, then my mission of life has been fulfilled.