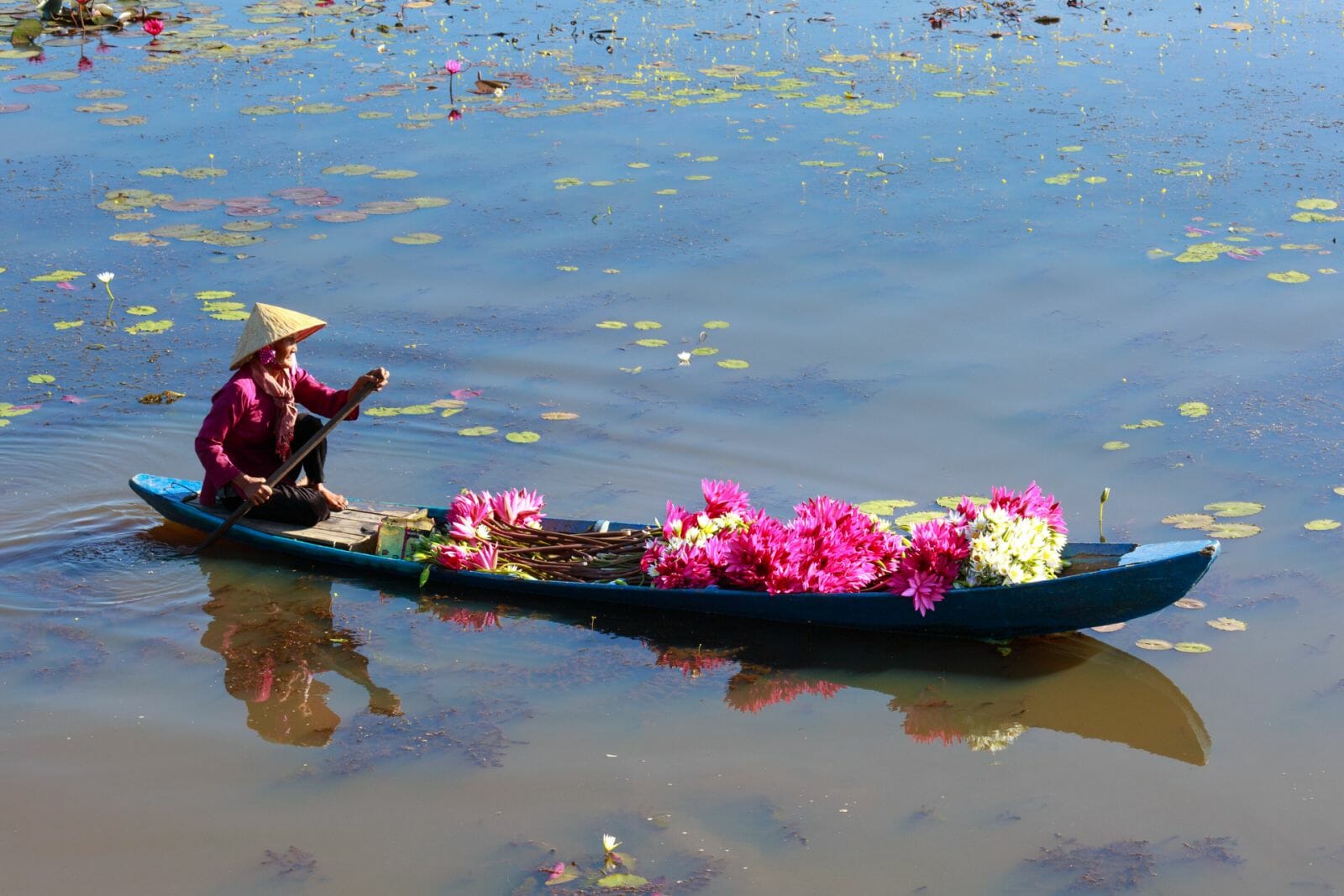 The true meditator will learn how to die consciously. When they pass over or die, most people become totally unconscious at the last minute. But, through meditation and spiritual practices you learn the art of dying consciously, it is a very, very beautiful experience. Where you go away into another dimension, a finer dimension. I have experienced it a thousand times.

What causes the problems here is because of the small conscious mind which is always based on conflicts. In other words, the conscious mind could never operate if there were no conflicts there. There is always a contraction and expansion going on all the time. This, of course, is stimulated by the impressions or Samskaras that are in the subconscious mind.

In order to overcome this state, we reach a higher level of the mind which we can call the Superconscious Mind. At the time of passing over a meditator does not become unconscious; he reaches the level of Superconsciousness where he is aware of the transition.

There have been a few books written by some doctors: “Life After Life” is one of them and things like that. They have made a very, very great mistake in those books.

They examined people that were practically dead, clinically dead, and came alive again. The common experience they had was that they were going through a tunnel and a light at the other end came and approached them.

FEAR OF THE UNKNOWN

To pass over is like leaving this room and going into another room. It is a pleasurable experience. People fear it because they fear the unknown – they do not know what is going to happen.

When theologies could not get people together, when they could not organise churches through love, they started organising them through fear. Theologies have a lot to blame. Church organisations have a lot to blame for planting this fear in people’s minds. Instead of teaching hope and love and eradicating fear, they are planting fear with the threat of eternal damnation. No one is damned eternally. There would be no place for eternal damnation; there is only place for upliftment, for Divinity is omnipresent. Where is the damned place where you will suffer damnation if Divinity or everything is nothing but Heaven? For it is permeated by that Divine Energy – it is pleasurable and very blissful.

Why should you fear death when that Light within you, that Spirit within you, is immortal? It is Eternity itself. Man can experience the eternal value of life, even while having a conscious mind. In the waking state and the sleeping state, this could be a moment to moment experience, totally blissful.

It is our minds that produce these fears. These fears are produced by the impressions that are in the subconscious mind. When man learns to overcome this fear, then he will have the experiences you have of happiness and that everything is coming right.

Death, or what we know to be death, is just discarding this little body of ours which is not worth much. Yet the body is so necessary for man’s evolution. When you discard the body, what lingers on is your little ego-self, which is comprised of nothing else but patternings, thoughts and impressions.

For the little ego self to cleanse itself totally, it would have to take on other births. It will have to reincarnate again. For in this force of evolution that we are going through, it can only stop when you find total mergence of yourself within that which is in you, the Spiritual Self. Until then, man will keep on taking bodies and bodies and bodies.

There is one thing to be said which some theologies would deny. They say that if you live a bad life, then you will be reborn as a cow or a dog or a cat. That is not true. Evolution is forever progressive. If we have lived a good life here, remember your next life will be a better life. Reincarnation is true, and progressive evolution is true. You can never be reborn in the animal kingdom or plant kingdom once you have been born into the human kingdom.

In the other dimension, there is no evolution. For there are three things required for man to evolve: one is the body, the other is the mind, and the third that empowers it all is the Spirit. If there is no combination between the three, there cannot be evolution.

In the other plane of existence, you are with two factors: the ego-self or the mental self; and the Spiritual Self. That is the plane where you start evaluating your entire lifetime and all the lifetimes before that. After you have evaluated to take birth again, you might have to wait until you find the proper parents or the appropriate genetic combinations through whom you are born.

Many times people deny reincarnation. But it is such a logical process. Why should one child be born in happiness while another is born in unhappiness? Why should one child be born deformed while another child in total health? Why one in poverty, and one in wealth? The Divine Force is a neutral force, and it is forever just. It is not unjust. It would not put one person in adverse circumstances and the other in good circumstances.

All these births and all these deaths are controlled by us. God has not created man. It is His energy, the impersonal Energy, that gives the human soul the power to be born. When that energy is within you, then you could say that He is within you. Therefore, we always talk of the Kingdom of Heaven within. Then as we evolve more and more through life, we will find that it is not only within, but it is also without. Here the subject and the object become one, and only that Oneness remains. This comes at a higher state of evolution where there is no distinction at all.

Discrimination is good for the conscious mind; it will guide him in life to take him on the right path, or whatever the case might be. But in that realm, when one reaches that oneness with everything in the entire environment, the entire world, the entire universe, then what is there to discriminate? All these mental qualities that man has droped off one by one as he progresses in Spiritual Unfoldment.

ON THE OTHER PLANE

What do you find on the other plane? You will find exactly what you think you will find. Nothing else, because your mind still carries all the impressions and thoughts that you have, on that plane of existence you will find that to be there.

For example, the Mohammedan people believe that if you have lived a good life – if you haven’t buggered around with women and you don’t drink and all that – when you pass over you will have all those pretty damsels called “houris” and you will have rivers of wine flowing there for your pleasure. They are denied to you here, but it can come to you in the hereafter. That is what theologies do.

This business about hell and condemnation is the greatest untruth perpetrated upon man. There is no such thing. To repeat, if Divinity is omnipresent and the nature of Divinity is Joy, there can only be Joy in every dimension. There is no place for Hell.

People talk, especially the occultists, of various planes of existences, multiple heavens. In Sanskrit, they are called Lokas. You have the Gandharva Loka that you go to where you will be flying around with wings and instruments playing music all the time, and then they have Brahmaloka, which is the abode of Brahma, or the abode of the Creator, and in between, there are so many other planes of existences.

There are no planes of existences that are already there. You would go through various things, your soul will travel through multiple things, but those things are the creations of your mind. For in that dimension, there is no time and no space.

IT IS ATTACHMENT THAT IS CAUSING FEAR

It is attachment that causes fear. If you are not attached, then you do not fear to lose, losing material things, and the same principle applies to death. You are afraid to lose your body. You think that by losing your body, you are losing individuality. But your individuality is not lost until you have become perfected – the soul carries on.

People commonly confuse the word soul with spirit. They are two different things. The soul is your ego-self, empowered by the Spirit, by the energy of the Spirit. The soul would carry within it the impurities that you might have built up, while the Spirit is forever pure.

The mental self, or your subtle body, carries on into another dimension waiting to be reborn. This rebirth will go on and on and on for thousands of lifetimes. We do not want that – we want to find total peace in this lifetime, and it is not an impossibility. If we work upon ourselves, if we do our spiritual practices, the ego-self becomes more and more clearer, more transparent; an inner Light can shine forth in its fullest glory.