THE TRUE PURPOSE OF LIFE 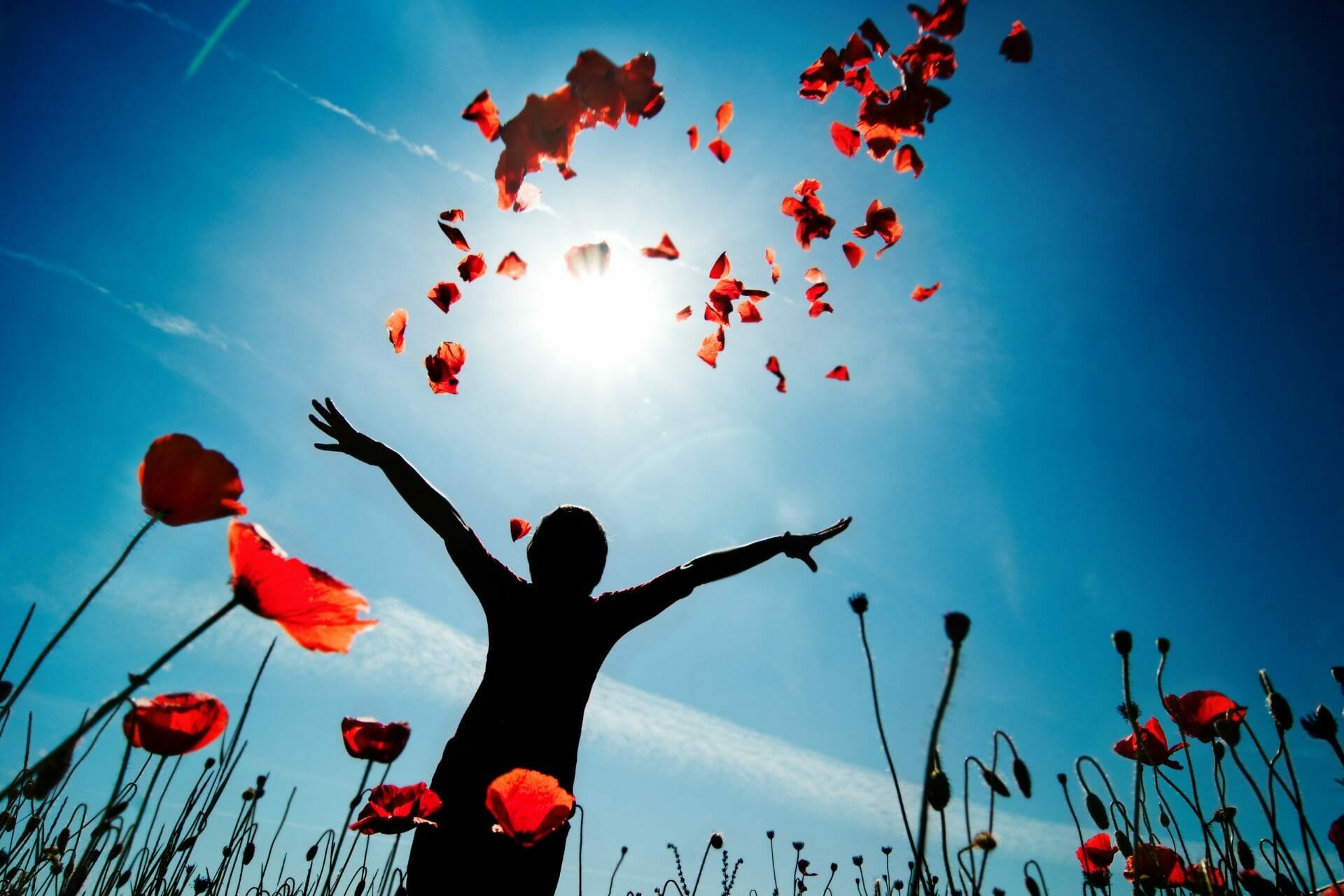 How many men has there been upon this earth that could say, “Father forgive them for they know not what they do”? Those few words capture the entirety, the sacredness and the glory of Christ. For it is only with great Spiritual Force that one could forgive even those trying to kill you. Those that do not know are ignorant of this Spiritual Force. It was said two thousand years ago, and regretfully it is still so today. For we are ignorant of that consciousness in which we all exist. For existence itself is that consciousness. Therefore, when He said, “I and my Father are one,” he did not mean the physical body.

The physical body of Christ has some significance but a minimal significance. There are many theories of his life where many regard him as a political rebel. Many regard him as a religious rebel trying to teach people, taking them away from their old superstitions preached in the temple and those that became mercenaries in the name of God and tradespeople that used to trade in the temple.

He was all of those. Like Jesus, the man, he tried to show people that your superstitions are not good. The political upheavals of those times with the Sanhedrins and the Romans and the Pharisees and the Zealots fighting against each other. And, of course, all of them against him. It is not good, and he tried to bring about significant social reforms. But that is not the part I look at personally. I look at that vast consciousness encapsulated in a tiny little body.

Like Buddha, they call him enlightened, he was a man who was awakened, and so was Krishna as well, but it all means the same thing; fully awakened to existence itself. Yet, being a man having a body, he had to dwell in the conscious level of the mind as well – the little analysing mind, the rationalising mind, the left hemisphere of the brain as the scientists would call it, and in those agonies in the garden of Gethsemane, he said “Father, why hast thou forsaken me?” That was the man speaking, not the consciousness speaking. For has the Father ever forsaken anyone? But the agony was so great that during that night, while he was praying, his very close ones that should have been awake fell asleep. Are we all not sleeping in this garden while the consciousness is awake?

In the life of Christ, who was born ordinarily and grew up as an ordinary boy, he had that deep yearning for knowledge and yet at the same time, he knew that all the knowledge of the world, Divine wisdom, is forever within everyone. That man represented the four thousand million people on earth today. This was a supreme example, a representation of man so imbued and empowered with the Divinity of that vast Consciousness we call the Father.

Yes, he was a man. He used to wine and dine with the Pharisees and the moneylenders. Many people ask why he did that. Was it necessary for him to go and wine and dine with those people that were regarded to be impure? Yes, it was required. He was with them. He shared their joys and agonies and their pleasures to show that “I am the son of man, like you are the sons of men but yet at the same time I also know, that I am the Son of the Father.”

TO FORGIVE THEM MEANS GREAT LOVE

This consciousness starts from dualism, a dual consciousness where man is so centred within himself, within his body and mind; and the Superconscious level of himself that is within himself, with which he is born, is ignored and forgotten. Yet it is the Super Consciousness that makes me lift my hand or even blink my eyes. So, when he said, “Forgive them, Father, they know not what they do”, he was talking of this ignorance, this nescience in which the world today is involved.

To say forgive them means great love. You can never forgive without really feeling, experiencing and being that love. With forgiveness, naturally, there is compassion. There is a recognition that this man is ignorant and, therefore he does not know what he is doing. Shall I take revenge upon him? No. No. I must love him. For it is only his ignorance that makes him do the acts he does.

For example, if a little child breaks a precious vase that you have in the house, you might become angry, but the child, in his ignorance, did not purposely break the vase. The life of Christ was taken on the cross because of people’s ignorance.

Some politicians had a purpose for getting rid of Jesus for their means because he was a threat to their positions. But the rest, even his closest ones that went around with him on foot, trudging the whole land from city to city to city, even they had forsaken him when he was supposed to die. Yet in the three years of ministry, they were around with him everywhere, seeing all these wonderful miracles happening all the time, and they were so close with him, he had shared bread. To share bread is a bond, “the staff of life,” as we call it. And even those very people never lifted a finger to help him.

Yet there in that garden, he could have escaped. No. The greatest favour he has done to the world was to be crucified. He could very easily have escaped, but it is only the agony of crucifixion that make us remember him today, not if he had run away.

The things we hear today or read in the Bible, for example does not entirely represent the true story of Christ. There have been two Church meetings: One in the year 325 A.D. in Nicaea and a second in the year 432 A.D. in Ephesus, where they formulated our church. They put in things that would be conducive to starting this vast business called the church and left out something they found not conducive to the business.

There are two organisations which are the richest in the world; Insurance Companies that promise you a sum of money after you are dead and Churches that promise you, Heaven, after you are dead. And both of them are the richest in the world. Most of the biggest buildings in London or New York, or Cape Town, where I come from, are owned by Insurance Companies. They say that there is more wealth in the Vatican than there is in the whole of Italy.

The religion which really means to bind back, to bind back to your source to that Divinity, to that Kingdom, which is within, has unfortunately lost its true meaning. One does not need to be a great intellectual, but people that can think to a certain extent, people that – through the experience of our meditational and spiritual practice – can feel and experience that beautiful Force that is within us would know what Christ consciousness is all about.

As you gradually go deeper and deeper into meditation, you will feel this vastness where knowledge is no longer necessary, but knowingness takes its place. That is what Jesus had, the knowingness of the Father.

THE TRUE PURPOSE OF LIFE

“Forgive them for they know not what they do” also means that they lack this knowingness of the Father, and when you lack that knowingness, then you do not live; you just exist. Like a piece of driftwood in the river, you get pushed along here in the current of the river without stability or like a boat without a rudder, and that is how ninety-nine point nine per cent of people’s lives go.

The true purpose of life is to become one with the Father, to seek the Kingdom of Heaven within. If one misses the true goal of life, then this boat of life is rudderlessly tossed here and there, not knowing where it will end. But to have consciousness that brings purpose, and with that consciousness, you know where your boat will land up because the consciousness is the rudder of your life’s ship.

In all the things Jesus did, there was a purpose, and I might tell you something very revolutionary today that it was only during the last week before his crucifixion, that is the real Holy Week, that he knew who the Father was. It is through going through the throes of agony, and agony is good, for that can make you think and more than that, it makes you realise and going through the throes of agony, he totally surrendered himself. Not my will but Thy Will. That is what he said in the garden of Gethsemane too.

When a person learns from the teachings and the life of Jesus that what my mind thinks cannot take me very far, so I rather give my body, mind and all that I am to Thee in total surrender, and You guide the boat. You are the boat; You are the rudder, and You are the water itself.

That is a consciousness where you are identified with everything around you; then only can you realise the meaning of love for which Jesus stood. Really speaking, if you analyse all his teachings, there are only two words that could sum it all up, Love and Peace. Every word he said had this basis, Love and Peace.

To repeat the totality of Jesus’s message is summed up in the two words, Love and Peace, for peace can never be found without love. Because once you start having a bit of hatred, your mind will be ill at ease, for the word peace contain something similar to ease.