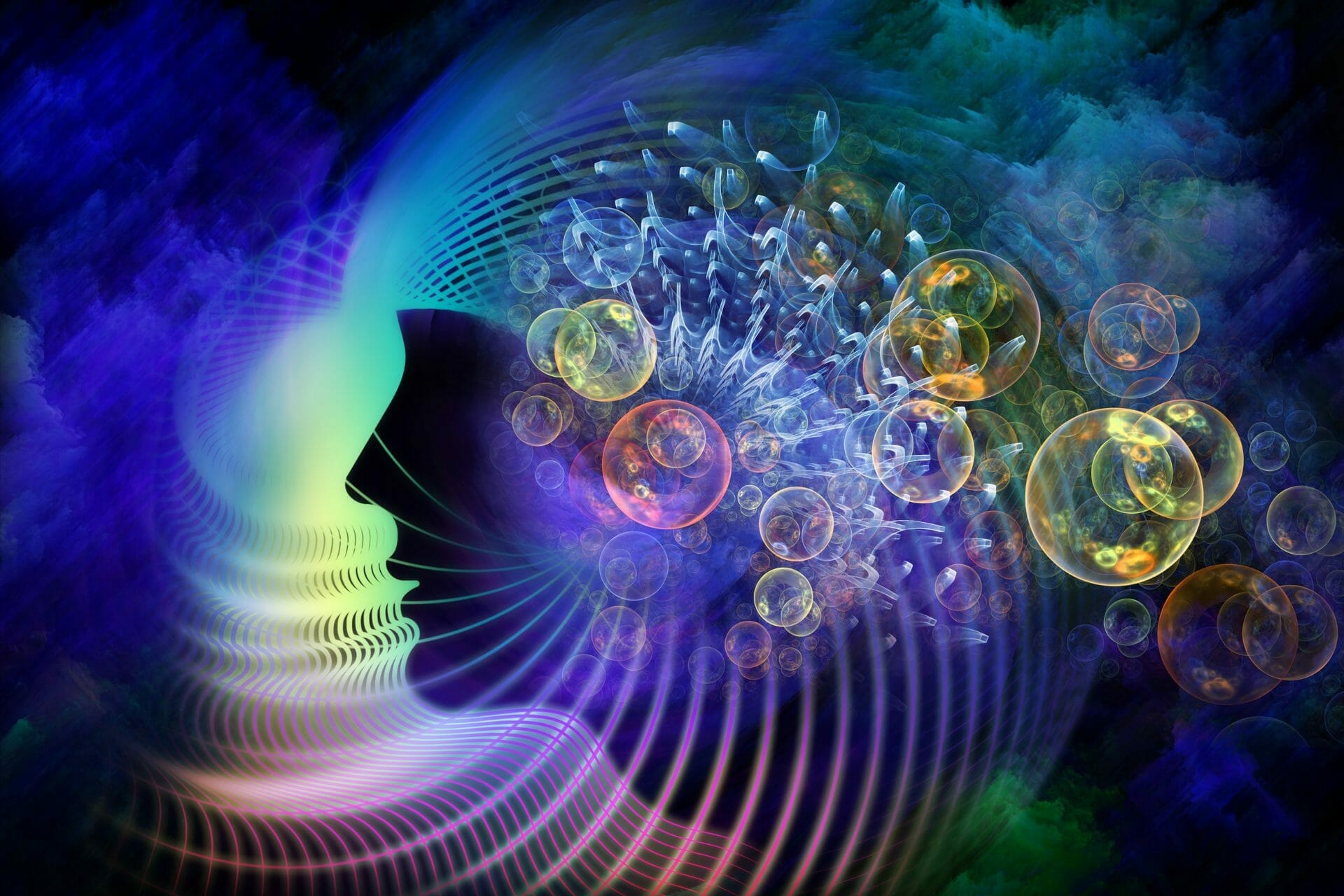 Many people complain that when I sit down to meditate, lots of thoughts rush through my mind. That is good; let them rush through the mind. A thought is like a story; it has a beginning, a middle and an end. As the thought is tapering off at the end, you easily and effortlessly introduce your mantra, and as that mantra fades away, another thought will come.

A THOUGHT LAST FOR A FEW SECONDS ONLY

We think that a thought lasts for half an hour; it does not. By thought here, we could equate it with contemplation, and man’s mind cannot systematically start a thought and preserve that thought for a period of time. A thought cannot last that long because man’s mind is so fragmented that he cannot. Man’s mind can only have a thought for a few seconds at a time, and then there has to be a gap that might not be noticeable to people.

What you are experiencing is a whole series of thoughts, most of the times disconnected. You will think for a second of Auntie Mary, and then you will think of the pudding you have got in the oven and then think of what you will wear tomorrow to the party – totally disjointed.

BEING ABLE TO CONCENTRATE, YOU WILL CONTEMPLATE

Proper contemplation is like pouring oil from one vessel into another without a break, and that comes about through a concentrated mind that could focus all its energy to a focal point. That is why the practice of Tratak is so important that it will help you to concentrate and by being able to concentrate, you will contemplate.

When thoughts occur in the mind, there is nothing wrong with it because once the mind goes totally blank, in the present state of man’s mind, he could very easily go into self-hypnosis and he could also very easily go into a form of a catatonic state, which is not a healthy state at all. So, when the thought comes or as many as they like, let them come, let the story finish, and you get back onto your mantra. When that ends, another thought will appear from the subconscious to the conscious level, but the secret here is that you are not to be involved in the thought when these thoughts come. By involvement in thought, we mean that you must not be emotionally involved.

Auntie Mary was not kind to you, so here the thought of Auntie Mary comes up, and when you say, “Oh, she was not kind to me”, you feel angry. That anger is an emotion. Think of the unkindness of Auntie Mary by all means, but objectify the thought, view the actions of Auntie Mary as if you are looking at a motion picture, looking at a film and view it detachedly. Then that very thought, that detachment or non-attachment to your thought is in itself a form of meditation. Meditation is an alternation between mantra and thought and mantra and thought, a smooth transition from one to the other.

EMPTYING THE SUB-CONSCIOUS MIND OF SAMSKARAS

Those meditators who have all these thoughts cropping up are not to be bothered. They are emptying the sub-conscious mind of many samskaras, of a lot of impressions, and they are letting it off; they are letting off steam, which is partly how a lot of the stresses can be resolved.

The same thing happens in dreams. If you dream, it is a wonderful mechanism, and if you have nightmares, that is even better, for all the dirt clogging the mind is thrown off. All the horrifying thoughts that are existing in the mind in seed form are being dispelled. If you had to live in the waking state of life the experiences of the nightmares, you would not be able to live. Life would become extremely difficult.

DO NOT BE WAYLAID BY SIDDHIS

When these thoughts come about, then one must be very careful when one talks of telepathic thoughts. Those which are regarded to be telepathic thoughts could just be one’s imagination, they could be hallucinations. Some people might have that psychic ability to receive thoughts of others, but they must just be regarded as thoughts, and no importance must be attached to them because they could be the greatest stumbling block in one’s spiritual progress.

All the greatest Saints and Sages have said that do not be waylaid by what they call Siddhis. You leave your front door and want to go to the garden gate; there are beautiful flowers in your garden, you do not get stuck there. As you pass you admire them, you say “Ah, they are so lovely, look at the lovely colours”, but you march on the path and reach the gate because you have to go out.

All these Siddhis, or sometimes they are called occult powers, is not our line. I could teach each of you any particular Siddhi you want to have, but I shall not do that. I would be doing a great disservice because you would be blocking your path towards God. All the greatest Sages have said this in the world.

Even Jesus, when he was asked, when he healed the people, never said, “It is my power” or the power of whatever, he said, “Thy faith has healed thee”. So, through faith and love, one reaches one’s goal and not by the development of these occult powers or Siddhis. You will find that people who have developed these occult powers normally or do normally become very unstable. They become unstable, emotionally unstable. They develop various kinds of neurological diseases, psychosis, neurosis; you name it – they become psychotic.

If you read this book, “Psychic Discoveries behind the Iron Curtain”, you will find that there is one woman who does Photokinesis. That is just by the sheer power of thought shifting solid objects from one place to the other. These things are possible; the mind is a very, very powerful instrument.

With a concentrated mind, with total concentration on a particular thing, all this can be achieved, but it is no value whatsoever. People on the spiritual path wants to find that joy and bliss, while this being sidetracked can only bring unhappiness and misery. If you feel you are receiving telepathic messages, you can verify them if they are telepathic or if it is just your imagination, you can verify them.

If they are telepathic, you regard them as a thought because we have no right whatsoever to pry into the minds of others. Your mind, your make-up, your evolution is your personal property. The only person who might have that right is a man of God, and his love and compassion would be so great that he would inevitably lend a helping hand to cross over the many hurdles of life. Otherwise, it is of no use and no good; you would only be doing harm.

For example, I would say, never allow yourself to be subjected to hypnosis. Do not do that. Anyone can hypnotise, by the way, it is straightforward, I can teach it to you in ten minutes; anyone can do that, but remember the hypnotist also has his samskaras. Show me, one hypnotist who is a man of God, I mean that has realised God because if he has realised God, he would never think of hypnotism. When the hypnotist makes these suggestions to your conscious mind and puts it to sleep, it is straightforward. You are doing it every day with your baby; you pat the baby in on the back in a rhythmic fashion, and the baby gets used to that rhythm and that rhythm lulls it to sleep. That is a good thing because there is no actual thought here that is imparted.

I am trying to explain here that hypnotism is also a form of creating a rhythm, so when the hypnotist speaks, “You are going into a deep, deep sleep”,. He does that, and with this suggestion, with the force of thought, and you do not require much force there. He is also imparting to you all the negativity within him because he is working on your subconscious mind and is implanting a lot of his negativity through hypnotism. So, I would strongly advise never subject yourself to hypnotism – although I know that there are hypnotherapists, it has become quite a profession today.