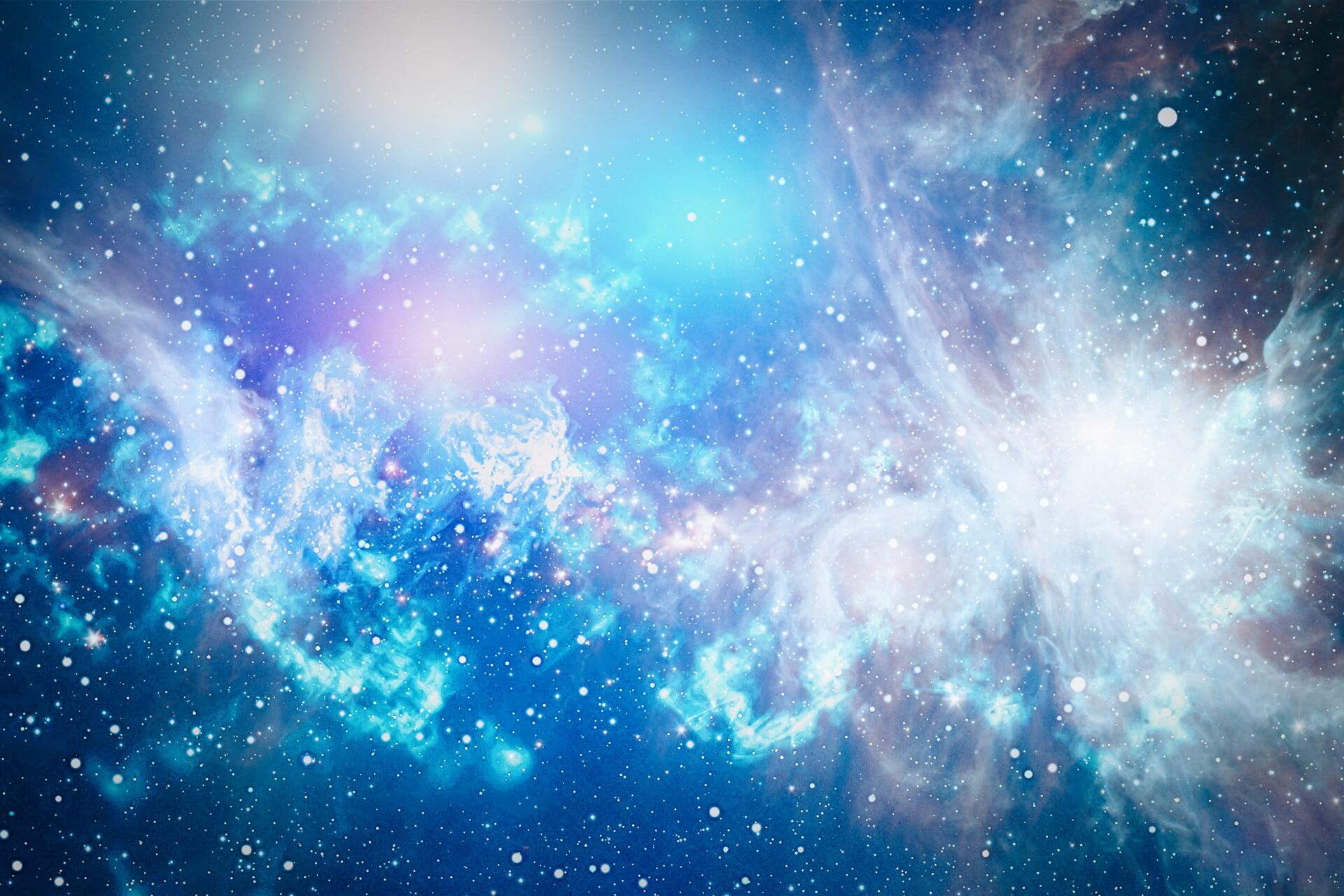 There shall never be a Second Coming, for that Divine Consciousness is forever present. But what happens is this, that from time to time when a greater imbalance occurs in this world, when there is a more significant amount of tamas dominating, then that totality of consciousness takes a human form.

The totality of that consciousness takes a human form to bring about the balance. Therefore, it is said in the Bhagavad Gita, that when evil rises, when great injustice is done, and when the truth is forgotten or trampled down, “Then I shall take birth from age to age.”

When we have great masters, then it means that the totality of that Christ Consciousness does not necessarily need to come down. There have been great masters bringing forth a part of that totality to bring knowledge to the world in preparation of the total coming. That is very symbolic of what is said in the Bible that John the Baptist came to prepare the way. This has always happened.

You find this very much in the West also. For example, if you have not read Vivekananda or Ramakrishna or Yogananda, you would not be able to understand me. So many teachers come to prepare the way, and it is still the same Christ Consciousness. But it is only manifested in its full force when it is really required.

The Avatara is not coming. He is here. But even if he is sitting in front of you or standing next to you or passing you by, you will not recognise him. For it requires a great amount of awareness within yourself to be able to recognise a person of that spiritual stature. You will look at him as an ordinary human being, and he likes to be ordinary, for the more ordinary you become, more ordinary than ordinary, then you are extraordinary. But one thing the Avatara would always teach is this: “Be human, and I am your example of humanness.”

Forget all the ideals that has been perpetrated upon you. It is a hoax. There are many churches that would ask you fees so that you can be saved on the other side. What a racket. There are many churches that do other kinds of things. If you do not tithe, you go into eternal damnation. Like that, and this applies to every religion today. What requires to be reformed first is not the people but the religions and churches and temples and synagogues. They require the reformation and not the people.

The avatar has to travel from that total universal subtlety, subtleness, to assume a gross body. After considering the gross body, after going through that vast procedure from the atom to the stone to the plant to the animal to man, he has to go through that whole procedure too, because even the total of the emanation which makes the Avatara is also subjected to the laws of nature. He has to follow the laws of nature and then only take human birth.

There has been no avatara in this world that has started teaching before the age of thirty because he himself had to find himself. He had to recognise himself. He had to know himself. With all the experiences gained in daily living, he came to realise, “Yes, I am that Totality.” Then only is he qualified really to teach and to guide. That is the real suffering coming from the vastness into the little, frail embodiment of a body.

Funny enough, all these great Avataras, they are only recognised as Avataras after they leave their bodies and not while they are still in it. Then all the people kick their backsides and say, “Oh, God! He was here, and we did not know him.”

BE OF GOOD CHEER

This Universal Force has always been here all the time, for without the permeation of this force we cannot exist. Jesus is called “the Son of God,” because he is so pure, but do not mix purity with morality. Morality are man-made laws to try to keep some form of order in the world, and it has not succeeded. Purity is from within. A person can be so pure within that he just shines out in his purity. For in him there is no hatred, no malice, no lust, no greed. These are the outward manifestations of such a personage.

Yet he will have a nice time while on Earth. You always see pictures of Jesus being so sad, but he was a jolly good old boy. Yes, he was. Therefore, he taught, “Be of good cheer.” That is what he taught. He said that over and over again, and he would not say that if he was a sad sack. Do you see how things have been misinterpreted by churches? They tell you, “He suffered for you and for your sins. So now pay back into our coffers.” You see the degeneration that has been going on for ages? And that is the position today.

When the Universal Consciousness, the sum totality of the Universe’s emanation at its finest level, comes down in body form, He will always be an ordinary human being. But his teachings would be so profound. He shall not teach from books. He shall not teach from his intellect. Any professor of philosophy can do that because he has studied all the philosophies of the world, but He teaches from the Heart.

When He teaches from the Heart, it reaches your Heart, and a transformation takes place within you. He first starts off by making you face yourself in the mirror and to admit to yourself the faults that you have that makes you unhappy.

Then he shows you how to tackle those faults, how to iron out the wrinkles in the fabric of life.

When those wrinkles are ironed out you reach the Kingdom of Heaven that is within.

That is all he does. He does not need any studies. For being the totality, all the wisdom and all the knowledge of throughout the ages and beyond the ages is already within him. He just gives it off. From the Heart to the Heart, and only using the mind as an instrument, only using the voice as an instrument to give these teachings to bring about an awakening in man.

But that is not the only thing he does. Being the totality of all emanations of this universe, being such a powerful spiritual force, his very presence alone brings about a certain amount of balance. Bringing about a certain amount of balance, that is why he is called a saviour of mankind. When the theologians say Jesus saves, it is wrong, Christ saves. By Christ, I mean that Universal Consciousness that is brought down and imparted not only by words but by his very presence.

In the presence of such a being, you feel uplifted. You feel a quietude, a calm, so that in that calmness and quietude the Spirit that is within you has a chance, if you allow it, to merge with the Spirit of that Universal Consciousness which you see in an embodied form. When that mergence takes place, there is nothing more that you could ever wish for or desire for.

HE SHOWS THE WAY

He shows the way. When we say that man does not live by bread alone, it has profound significance. Man does not live by the mundane things of life alone, but there is that inner You, the higher You, the finer You, the pure You that makes you live. That gives you the life, and not the material, mundane world in which we are so enmeshed. Woven into that fabric that you find it hard to extricate yourself. The Avatara that Consciousness tries to release all those blemishes and yet keep the fabric intact. That is the art.

As Christ has said, “Pray to thy Father in heaven.” That is dualism. He is separating the Father from you. He had to teach that for a certain kind of people.

To certain people with certain understanding, he said, “You are a branch of the same tree. You are a part of God.” That is qualified non-dualism.

To others, he said, “I and my Father are one.” That “I” is also so distorted by the churches, that “I” did not refer to the man, Jesus. That “I” was said to all the I’s in the world: that you are one with your Father.

That is how teaching progresses. You cannot give master class lessons to a child in primary school. You can only give them lessons and things which they can understand. So being human, that is the advantage. Having taken on a human body and human attributes, He can communicate with the people or with the type of people that He is with at that moment and teach them in such a manner that will take them further ahead.

THE GREATEST JOB EVER

Funny enough, look at the beautiful analogy there, the trinity there: because the shell and the fruit, the coconut, and the water in it is made of the same substance.

It is made of the same substance, the water in the coconut, the white fruit and the shell. He helps you to break the hard outer shell, to come to the fruit, and then to the water. See the trinity -from the body to the mind and then to the Spirit.