WHAT IS AN AVATAR 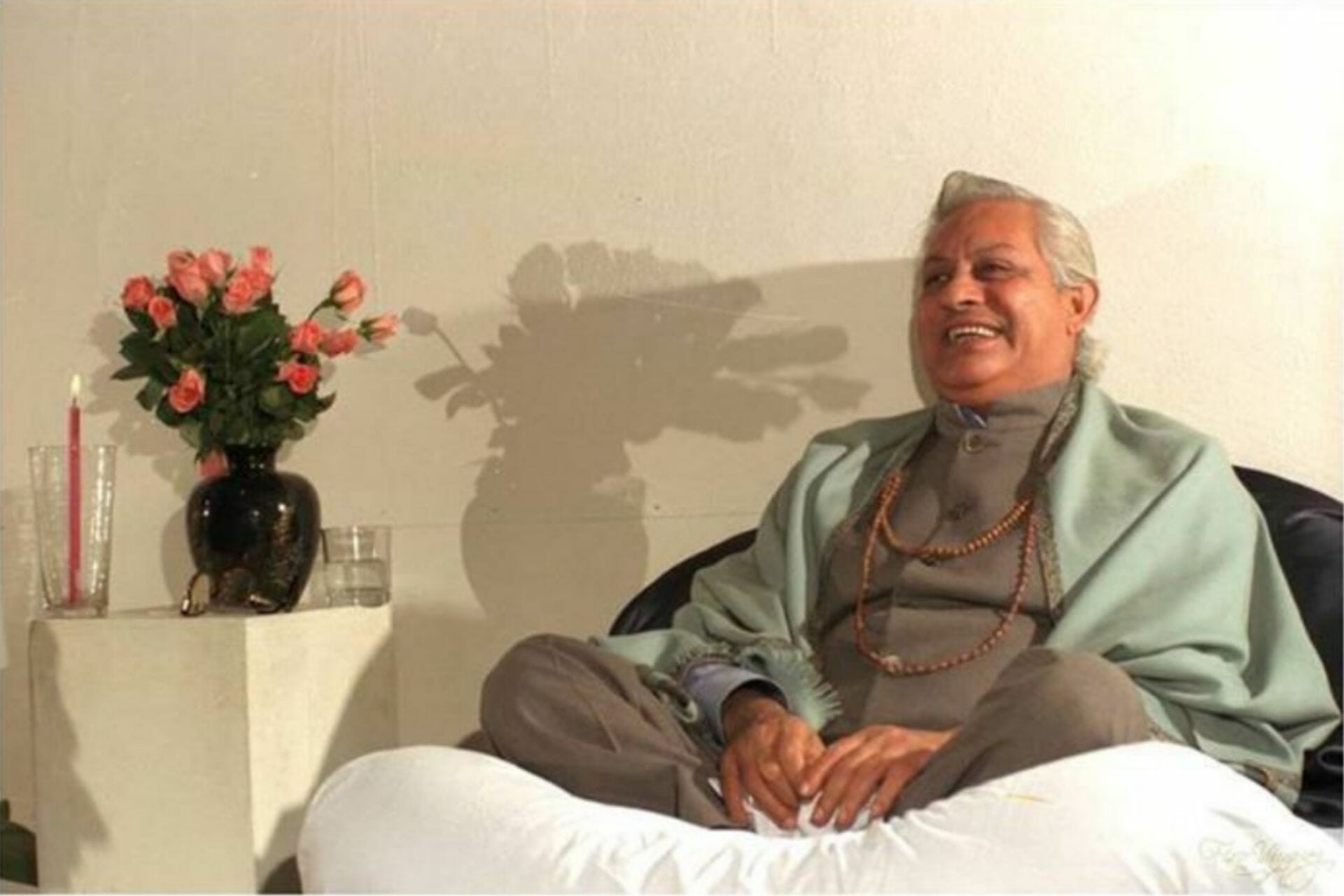 This world is going through great changes, and the changes are such that it could be very detrimental to humanity. I have said in some talks somewhere that round about the year 2050 there will be a great catastrophe, and this catastrophe will come about by greater and greater advances in technology where even today you have the neuron bombs that will save the city and all the buildings but kill all the people. That is what we have in America. In Russia, for example, there are certain inventions there that have not been publicised. But the entire Earth could be annihilated, and not only the Earth, but it could also affect the entire solar system.

When you hear of UFO’s coming, they come for a purpose. All the governments are denying this because they do not want to create panic amongst people. Therefore, they play down or phoo-phoo the idea. Those entities from other planets do come to bring peace and not for war. There are other planets that have entities that are far more evolved than what we are.

Our mission in our organisation, and I never like to use the word organisation or movements, but for the sake of language, we might have to use the word, so our main duty is to develop and open up the Hearts of man so that when Love springs forth the technology and the knowledge acquired would be used in a good, rightly manner. I have been talking about this great catastrophe for the past ten years. Just recently a few years ago Linus Pauling, two times Nobel prize winner, has said the same thing. I read the article in the newspaper. All the tendencies are there, tendencies such as the tendencies a human being individually would have. But all these tendencies can be changed. Tendencies in your own lives can be changed. There is such a thing as predestination, and yet there is also such a thing that that destination could be changed. You might want to go to downtown Los Angeles, and there are so many roads that could take you there. You could take a road that is jammed with traffic, or you could take a road where you could have a smooth ride.

Therefore, we bring the message of Love and Peace not only by word but also by the practices that we give to people which develops this Love and Peace.

We are one of the universes with billions and billions of stars and suns and planets, and the very emanation that is created by this universe, by the thought forces of man, that emanation gathers together as it has been doing all the time throughout the ages.

Those emanations gather together, and the gathering of the emanations, the thought forces and the energies of this universe, is called the personal god or the totality of consciousness. An avatar does not create you, but you create the Avatar. You create that Being who represents the totalness of all existence in our universe. The Avatara, being at the finest level of relativity, is a product manufactured by us.

Being at that finest point of relativity, when we talk of the sufferings of Krishna or Buddha or Christ, what do we mean by that? The greatest suffering is coming from that vast sphere and taking on a little, frail body. That is the great suffering. From this vastness, from the Universal Self, the Avatara has to individualise itself to become a man. From a God It becomes a man, but He remains a man-god. He has all the qualities of man. He does everything which man does. Travelling through this vast space in timeless time, He has to go through all the procedures from that total subtlety to greater and greater grossnesses until He assumes a body. When He assumes a body, He too has to go through the trials and tribulations that all of us suffer. If He does not become one like you, how can He communicate with you.

We in the West and in the East have a false idea of what an avatar is. This was put forth by organisations, churches, where they created a superficial ideal, someone that is moral, an ideal, so that when you start worshipping the ideal, they rake in the money. It is a tool which all religions throughout the world use.

But if you know the lives of these great men, these Avataras, then you will know they have been totally human. Let us take the story of Rama. Rama was born son of a king, and because of his stepmother’s jealousy, he was banished into the jungles for fourteen years. He was very jealous of his wife because the wife had been abducted, kidnapped, by Ravana, the king of Sri Lanka or Ceylon. She had stayed there for about a year or more, so he felt that she did not remain pure. Because Ravana was a man, he was described to be a man with ten heads. Ten heads do not mean ten physical heads, but he had the brain of ten men. During Ravana’s time in the whole of the East, he was the man that had control over fire which means he discovered electricity and the uses of it. A brilliant man. So, when Sita, the wife of Rama, was abducted, Rama thought that she could not remain pure. He heard a washerwoman at the riverside, while she was washing clothes, she was speaking to a friend when Rama was passing by. She said, “How can Sita be pure in the presence of such a man as Ravana?” Because of the words of a washerwoman Rama’s mind was poisoned to the extent that he put Sita through a fire ordeal. He created a great big fire and asked her to step in it, and said, “If you are pure, you will not be burnt, and you will come out unscathed.” He got so jealous. An avatar, but so human. There are many stories about him. The Ramayana is a very thick book, so we cannot go into all that.

I could tell you the stories of Mahavir, another avatar, that founded Jainism which is an offshoot of the Hindu religion. I could tell you of Buddha that lived in all luxury, and his father would not let him out of the luxurious palaces. His father would not allow him to see any suffering. But one day he escaped, and he saw an aged man, and he wanted to know why there should be age. He saw a diseased man, and he wanted to know why there should be disease. He saw a corpse going by to the funeral pyre, and then he asked a question why there should be death. Like that he saw about four things, and to find the answer to that, one night while his wife and son were sleeping, he glanced at them, and he walked out into the forests to meditate to find the answer to these questions.

After he found the answer, what did he do? He taught, and then he went to the house of a rich courtesan. He taught in her gardens, and he lived with her. The first thing he told her was, “Teach me how to love.” Even after he became enlightened, they had a jolly good time together. That was an avatar. So human with human qualities, and yet a god that brought the most profound wisdom and knowledge to the world, and yet a human.

Let us take the life of Christ. He drank like a fish, and he ate fish and meat. By the way, the Hindus believe that Krishna and Rama were vegetarians. That is not true. They were not only fish eaters, but they were also beef eaters. They used to go hunting. What did they do with the animals they killed? They had a barbeque. Avatars.

Christ was in love with a woman, Mary Magdalene, and he had a child with Mary Magdalene. But because being a rebel, the child had to be taken away, and someone else brought up the child. When he was on the cross, he said, “Son, meet mother. Mother, meet son.” How do the theologians interpret it? They say that was said to Mother Mary. Mother Mary knew her son, Jesus, and Jesus knew his mother.

This was said to Mary Magdalene. The son, whose name was John, did a lot to propagate the teachings of Jesus. So human – totally human. He used to wine and dine with the Pharisees and money lenders and what have you.

I AND MY FATHER ARE ONE

So, the things the churches of every religion have taught us has been false. You can only touch the human heart if you are human and not up there on a pedestal. Our minds have been patterned by these teachings that have been thrown at us all the time over thousands of years that the Avatara is so, so beyond the ordinary human. They are right in one respect. He is beyond because he knows the totality of all existence, but at the same time, he is human.

One can live in totality and in that diversity still be able to live in unity. “I and my Father are one,” can always be a living reality as it is from moment to moment, second to second, by the Avatara. Yet indulging in the world; to be in the world, and yet not of the world. These Avataras have always been normal human beings with their little idiosyncrasies.

The half-baked gurus, not knowing themselves, would want to be far away and sit on a pedestal.

All these fallacies perpetrated upon human beings, thrown at you all the time – all the time – conditioning the mind all the time. Therefore, I say if a Christ should walk down the road, you might not recognise him because you would be looking for some kind of ideal. He would be walking three feet above the ground, perhaps, or something like that. This business of coming down with white horses in a fiery chariot – it is all rubbish. It is nonsense. The Avatara in his embodied form is here and now.